As I sit here thinking about the all the animals we’ve helped and provided a home for, one always stands out. I’ve had the opportunity to rehab and nurture all species of animals… dogs, cats, snakes, porcupines, birds. In August 2013, a Lynx named Lyncoln came into my life.
Lyncoln and I developed a very special relationship unlike any other I’ve ever had. We rescued him from unimaginable living conditions. Lyncoln was at a crowded private zoo and kept in a undersized cage in deplorable condition next to chimpanzees. The chimps were loud and able to reach through and grab the enclosure Lyncoln was in. The keeper told us he didn’t even recall he was back there. Unsure as to how long he had actually gone with out a meal. He was severely underweight and weak. Lyncoln and six other animals came to us. Upon arriving at the facility we offered him fresh water and something to eat. I was initially concerned maybe he had a medical issue that was preventing him from wanting to eat but my fears were soon set aside as he began to consume the raw meat from my hand. My fears then turned to anger as I could not understand how someone could let this happen let alone a facility that is supposed to care for these animals allowed him to go without food for so long.

All six of these animals were all in need of urgent medical care. As part of our initial intake process he was transported to our veterinarians within the first 48 hours of his arrival. The animals were slated to have full blood work ups, x-rays and exams to see the severity of the issues we would have to face. Each animal was sedated for a thorough examination to find out any underlying issues were present. We discovered Lyncoln was partially blind, almost completely deaf, covered in fleas and only weighed in at 19lbs which is far from the 40 plus pounds he should of weighed we wondered how he managed to cling to life for so long.
We spent the next several months helping him to recover. We hand fed him for the first week and he slowly started to have a good appetite. Over the next two months he gained a majority of his weight back but we never gave up hope he would make a recovery and reach his full potential and look like a normal Lynx.

The next couple of years we formed an unshakable bond. My experience with him forever changed my heart and how I felt about rescuing animals. It wasn’t only pets that are neglected and forgotten about but also ones kept in private zoos. Facilities with the only intent of making money off of the suffering of living animals. We learned that Lyncoln had only been at that facility for 8 months and before that he was a normal weight and a normal looking cat of his species. For 8 months he was forgotten about, living in fear and without the love he deserved. Those next few years we worked hard to make up for the life he had suffered from. Specialized diets and supplements along with a veterinary advised treatment plan aided in his long recovery process. My heart hurts as I think about those next 3 years and the joy he brought to us. He went from being so scared and so angry too loving and playful. Being able to be greeted daily with a cats ultimate sign of affection by a gentle head bump was such a overwhelming relief that we did it. We helped him, he was happy. That was all that mattered was that we were doing something good in the world. Even if at that time, even for that one animal we made a difference in his life. In the deepest part of my heart I truly believe he loved us.

Lyncoln was an older feline when he came to Oak Creek but we cherished every moment we had with him. At the age of 14, we made one of the hardest decisions to have our veterinarian humanely euthanized him. He was blind, deaf and cancer had started to spread down his esophagus making it difficult for him to eat. I held him at our home where he gently drifted off to sleep in my arms. I think about him everyday. Whenever I come across his picture whether it be the first one of him on the veterinary table for his exam to the last days he was with us my heart just breaks. The world can be cruel. We as an organization put the animals needs above our own. Saving and helping as many animals as possible is a challenge but also the most rewarding experience. 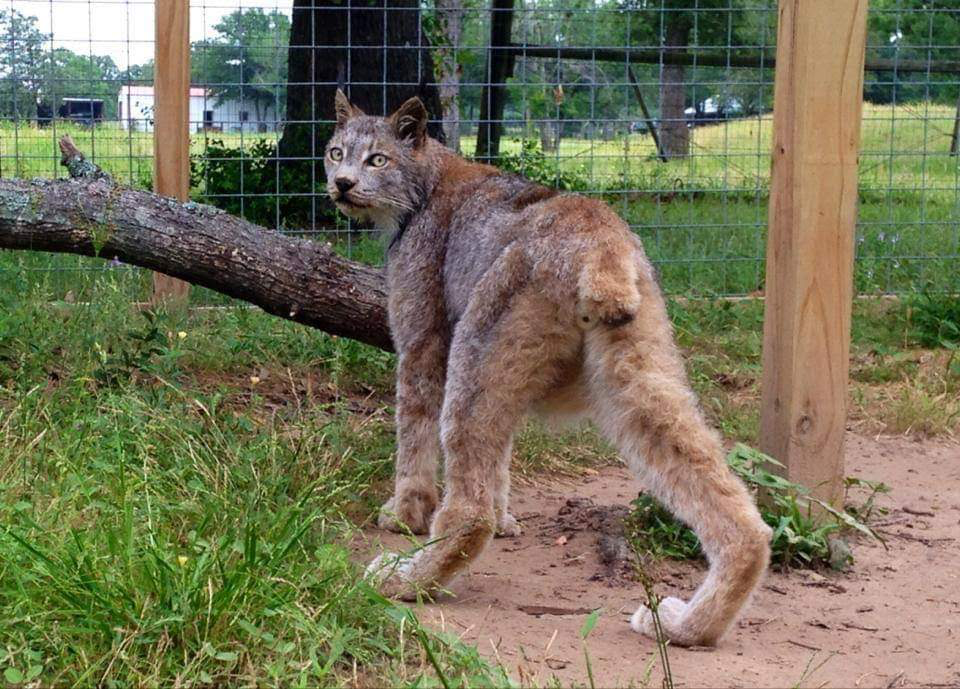